What are Edtech Investors Really Looking For?

By Conor FlynnDecember 3, 2018Article, Future of Learning
No Comments We interviewed Matthew O’Kane, MD of Nexus Investments, for our latest Future of Schools podcast. He was candid and articulate as he laidbare the features of a good edtech investment.

We’re sharing the surface of his wisdom in this article. For an in-depth listen, and an accompaniment to your commute, listen to the podcast here and remember to subscribe.

Who is Matthew O’Kane?

Matthew leads Nexus Investments, a privately owned group of companies that focuses on sourcing and making early-stage investments in digital education and health companies. They invest, advise and nurture companies to success. The group also owns, and is the publisher of, Education Investor.

What are EdTech Investors Really Looking for?

Well-rounded people who are very able in many areas. Vision, commercial insight and experience are key, as is common sense and an aptitude for decision making (aka commercial smarts).

A solution to an inevitable future problem

Founders had who have identified a core proposition that will help publishers, governments or new entrants to the edtech market tackle a problem they would inevitably be facing in the future.

A strong and viable distribution network

According to O’Kane, the referral network doesn’t exist in education sector. A business that has a legitimate distribution route is an attractive proposition.

An understanding of the customer

For a business starting out, an investor wants to see that it really knows and understands why its audience will buy year-on-year.

Signs of a macro trend towards compliance for example, or changes in a curriculum. O’Kane explained how to make through first years you need a bit of luck but in the long term, following winds keep you ahead of the game.

A willingness to move with the wind

The philosophy of why a company has been founded tends to run deeper in edtech than other sectors (retail, ecommerce or fintech for example), says O’Kane. The passion that drives these entrepreneurs often means they’re less concerned with following the revenue.

And while that passion is commendable, he’s found edtech founders take longer to come around to the idea of chasing revenue. And sometimes, chasing revenue might be a better route to success than trying to raise another round from investors. But that may also mean giving up an element of their vision – something held true for some time.

O’Kane also eloquently expanded on the warning signs: the moment when, no matter how great the idea, investment isn’t happening.

“Cashflow breakeven” and “profit state” are phrases that should excite investors. But when there’s no link to reality, the warning bell rings. If these buzzwords are repeated several times during a course of interviews but the evidence doesn’t match up, O’Kane begins to wonder what else is not quite rooted in reality. Trust, as ever, is vital.

The resolute defence of over-ambitions valuations

When a business owner believes the passing of time justifies an increase in valuation but milestones haven’t been met.

When what was valued then isn’t in the business now.

It’s not unusual for a presentation deck to contain a slide with 20 faces. 9-10 of those might be listed as advisors yet it’s often unclear how those individuals are held accountable for their advice.

A blue chip name and impressive credentials are all well and good, but what has been agreed with that advisor? How are they influencing the growth of the business? When death by PowerPoint is a common affliction, such blousy assertions receive short shrift.

O’Kane’s engaging interview explores these insights in great depth and makes for an enjoyable listen. Go here to hear the interview in full. “KAI” – a new vision for the AI co-teacher in Belgium 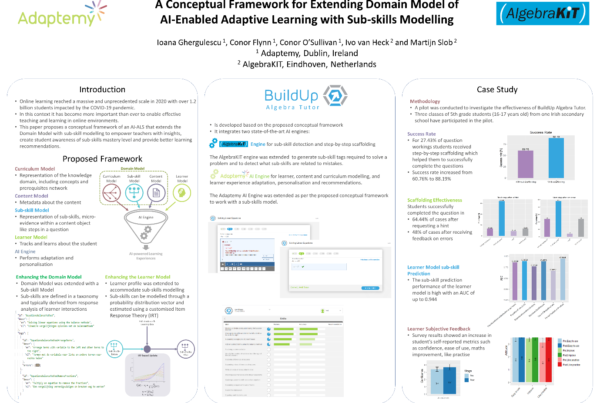